After a night of torrential rain it was a pleasant surprise that the weather for the 166th annual Grasmere Sports and Show was dry and fine.

Proceedings were given a rousing start by the Adamson Brass Band, always a crowd pleaser. 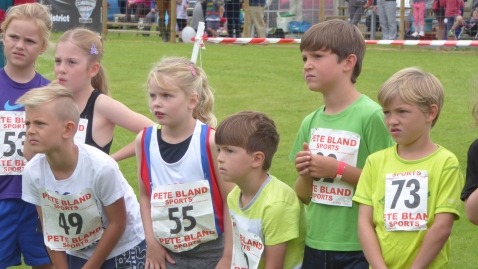 Young runners first and there were plenty of entrants for the sprint and fell races.

Meanwhile the crowds were being entertained by Andy Jester who was keeping everyone amazed by a bit of nifty fire balancing and eating. 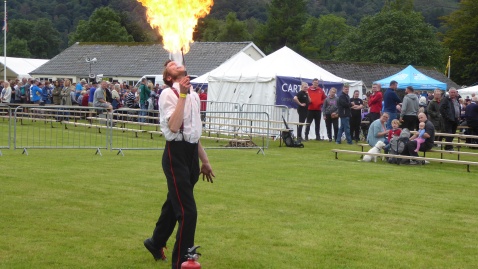 Cumberland and Westmorland Wrestling is always an important part of Grasmere Sports and this year the 11 stone World championships were held in Grasmere. I spotted competitors from Scotland who call their style “backhold”. There were also competitors from Brittany France recognisable by the word Gouren on their tops.

Icelandic wrestlers also took part. Their style is called Glima. Glima was the most widespread sport in the Viking age, and was practiced by both men and women. Glima was so important to Viking society that their god Thor was also the Viking god of wrestling. 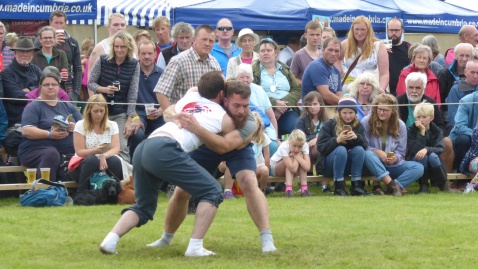 Time for a cup of tea or coffee, thirsty work this Sports watching! 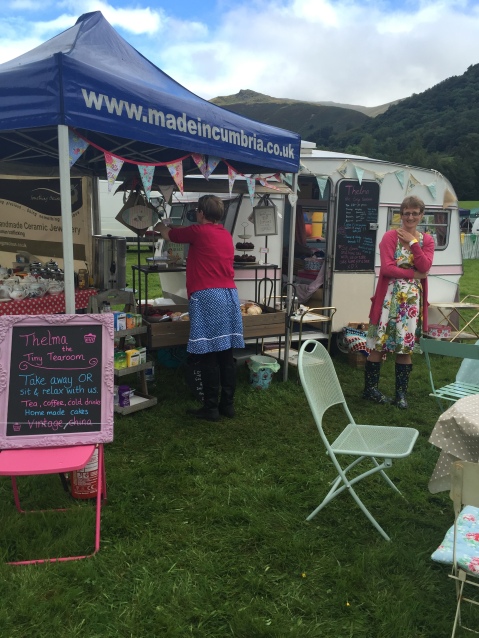 A new addition this year was Thelma the Tiny Tearoom, while old friends were also doing good business at the Coffee Bug. Too much choice. 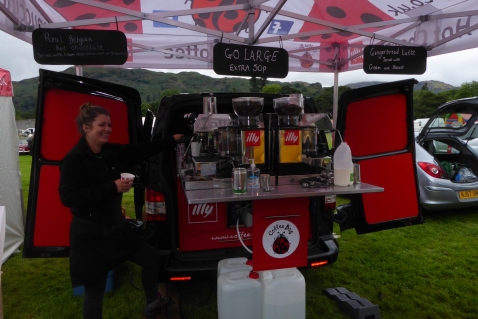 Elsewhere on the field our very own Taffy Thomas the Storyteller was keeping everyone entertained.

Further along the field the hounds were going through their paces.

Animals of another type were also attracting attention. Herdwick and other breeds of sheep were shown and discussed. 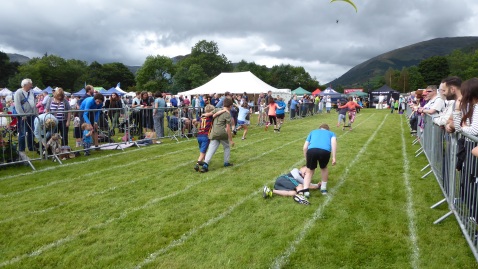 and parents like to get involved too. Balancing a bean bag was very popular with parent and child teams. 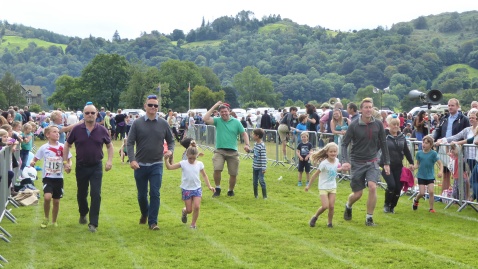 Of course the main feature at Grasmere are the Guides Races. An amazing feat as runners head up and down the fell side. This year there was a bonus £500 to run for, for both men or ladies beating the current records. No records broken this year so the money rolls over again to next year.

I really don’t think there is a finer sight than all the runners streaming up the fell side.

It was an exciting race to the finish! 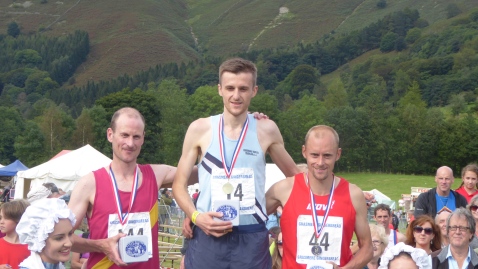 The ladies weren’t far behind. 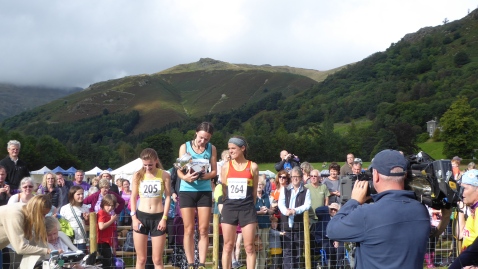 I noticed one of our oldest residents Mary watching the race. Wonder what she thought of the two tigers next to her? Mind you there have been reports of a large black cat like animal at Penny Rock so watch out!

While the race was on I had been keeping an eye on a special bunch of runners. I had met them earlier as they prepared to race for the Rosemere Cancer charity http://www.rosemere.org.uk 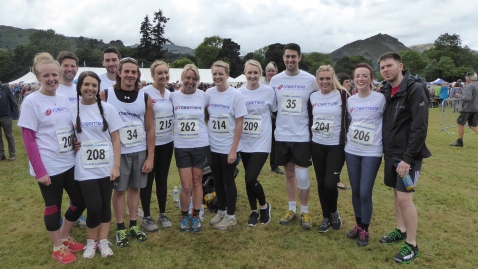 Fresh and raring to go, they still had a smile on their faces right at the end!

Made it to the finish

A friend of mine Alison comes up from York especially to help at Grasmere Sports. She took this great photo of the Guides race flag the night before.

So it will be the 167th Grasmere Sports Next year to look forward to. We do however have another sporting event passing through the village this Monday. The Tour of Britain is cycling through Grasmere this Monday. Can’t wait as several Olympians will be taking part. Just got to decide where to watch it.